Popular
The joy of a Jack Russel when his...
Zoo arouses controversy by installing glass cage in...
Sex addicted duck emasculated to prevent him from...
Dog Hydrocephalus in Dogs: Causes, Symptoms, and Treatment
A carer gets hit by an alligator in...
Dog Association for the protection of animals: Pet’s...
https://ru.iherb.com/blog/natural-supplements-to-increase-fertility/1242
Chat Atelier DIY: the clean cat’s toilet in...
Dog Which Canine Sports should I choose for...
Dog Guide to Canine Proprioception: Gym for your...
Tips 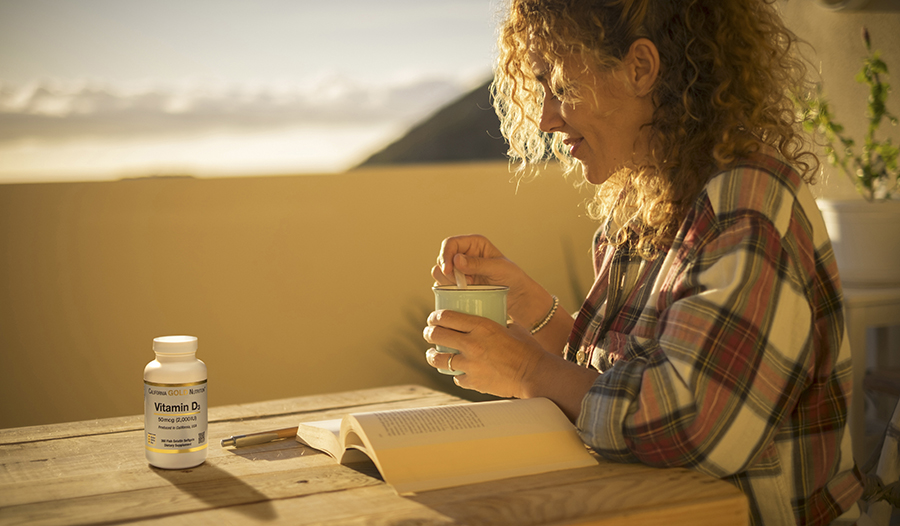 Improving health is often associated with an improved immune system. With weak immunity, the risk of contracting various diseases increases. On the other hand, when the immune system becomes too aggressive or starts attacking the wrong targets, inflammation, allergies and autoimmune diseases can develop.

Although inflammation is part of a healthy immune response, it can become overwhelming and lead to chronic disease. According to some studies, excessive inflammation may even be part of the aging process.

Scientific publications suggest that several compounds may be useful in maintaining the correct balance of immune function. Such compounds include omega-3 fatty acids (help regulate the inflammatory response) vitamin C (is an antioxidant) and vitamin D…

Since its opening vitamin D considered an important compound for metabolism calcium and bone health. However, only in the late 90s of the XX century, scientists began to learn about its effect on the immune system.

Vitamin D is also called the “sunshine vitamin”. In fact, the term “vitamin D” itself is a misnomer. In the body, vitamin D acts as a prohormone. Small amounts of it are ingested with food, but most of the vitamin D is produced from cholesterol when exposed to sunlight. The prohormone compound cholecalciferol is formed – it is this that is used in vitamin D preparations. Then, in the liver and kidneys, cholecalciferol is converted into a hormone, which is considered the active form of vitamin D.

In the 90s of the XX century, researchers began to notice a high correlation between various diseases and the breadth of residence of patients. People living closer to the equator suffer less from various chronic diseases. Since the equator has more sunny days, they began to consider as a possible reason for the lower incidence vitamin D…

Interest in vitamin D has increased even further after similar results have been obtained regarding autoimmune diseases. Thus, multiple sclerosis is more common in northern countries, where the sun shines less. There is also a correlation between low vitamin D levels and the incidence of lupus and rheumatoid arthritis.

No matter where you live, the daylight hours will be longer in summer. And for several infectious diseases, their seasonal nature was noted (the difference in the incidence rate in winter and summer). This appears to be due to differences in the amount of sunlight and vitamin D levels. The seasonal pattern is especially noticeable for influenza, but it is also observed for some other infections, such as tuberculosis and cholera.

The relationship between vitamin D levels and these diseases is a correlation. While the data itself is certainly interesting, it is worth considering whether vitamin D is actually responsible for the differences noted. Based on some recent research on vitamin D and immune function, this is possible.

In ongoing research vitamin D effects other than those related to bone health have been found. Vitamin D is essential for the synthesis of leukocytes and cathelicidins (antimicrobial compounds). These compounds are found inside the white blood cells, and it is they who directly destroy bacteria, viruses and fungi, helping to defeat the infection.

Apparently, such a reduction leads to a real effect – in a clinical study, the combined intake of vitamin D and an antibiotic for tuberculosis led to a sharp decrease in inflammation compared with the control group. In tuberculosis, the greater the inflammation, the higher the mortality rate, and the study authors suggest that vitamin D supplementation may improve the outcome of tuberculosis treatment. This mechanism can be important in other infections, as excessive inflammation often leads to tissue damage, which in extreme cases can be fatal.

Another recent meta-analysis looked at the use of vitamin D supplements to reduce the incidence of colds and flu. The authors concluded that taking vitamin D in the most severely deficient people can reduce their incidence of colds and flu by 70%. With a not so strong deficit, the reduction in incidence was 25%. In addition, the authors noted the “high reliability” of the results obtained. It should be noted that with a regular daily or weekly intake, the positive effect was stronger than with an irregular intake of large amounts.

‌‌ Research on Vitamin D and Other Immune Diseases

There is preliminary information that vitamin D supplements can be useful for other diseases as well. Clinical studies suggest that vitamin D may be beneficial for autoimmune diseases. Some small beneficial effects have been noted in studies of rheumatoid arthritis, multiple sclerosis, and lupus. However, further research is needed.

‌‌Can you overdose on vitamin D?

When taking vitamin D supplements, it is important to remember that it is fat soluble and can accumulate in tissues. Accordingly, overdose is possible. Usually, you need to get tested to determine if you need to take vitamin D.

Although the dosage of 2,000 international units (IU) is generally considered safe in adults, I have often met patients who require a higher dosage. If you are looking to start taking supplements, I highly recommend getting tested both to determine your starting vitamin D level and to track changes. When supplements are taken, blood levels of the vitamin rise slowly, reaching a plateau about 4-6 months after starting. Based on research results, I do not recommend starting with higher dosages for a more dramatic rise in vitamin D.

According to recent research, vitamin D may be useful for regulating some …

The joy of a Jack Russel when his...

Sex addicted duck emasculated to prevent him from...

A carer gets hit by an alligator in...