Popular
Dog The 8 dangers of the garden for...
Dog Semi-choke collar: For or Against? Make good...
https://ru.iherb.com/blog/fiber-skin-digestion-benefits/1247
Dog Holidays with their dog: 87% of owners...
DIY cat: 5 homemade cat food recipes this...
Dog Dancing Dog: how to dance well with...
Itching that doesn’t stop? Understand the reasons and...
Dog Parvovirus in Dogs: Causes, Symptoms and Treatment
Dog Coaching Sporting Dog: How to feed it...
Dog SOS Pet Sitter: Interview with a professional...
Tips

Potential benefits of black seed oil for the immune system 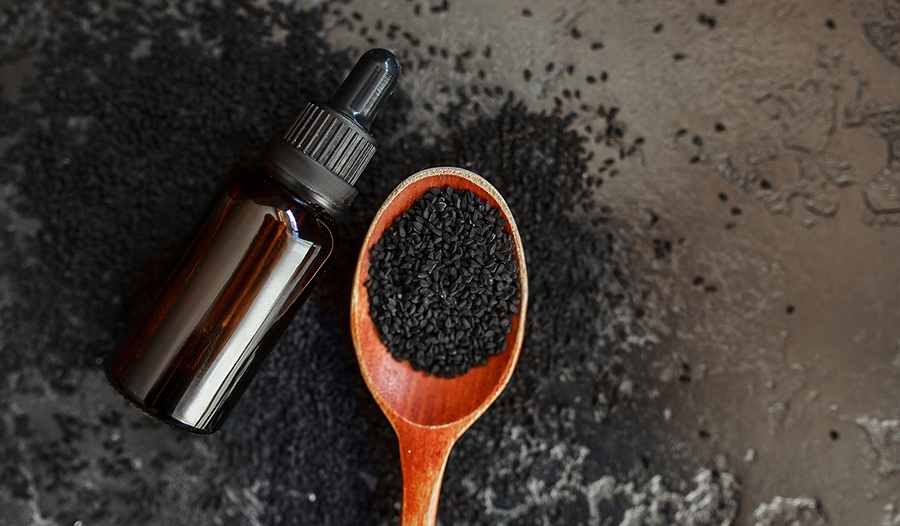 For millennia black cumin prized in the Middle East. The plant is mentioned in the Bible and the Koran. Its seeds were found in the tomb of Tutankhamun in Egypt. Despite the word “cumin” in the name, black cumin (Nigella sativa) is not a common spice, but has long been used in traditional medicine.

Black seed has been used for a variety of symptoms, including respiratory, digestive, immune, heart, kidney and liver diseases. In addition, it is often recommended as a tonic to improve overall well-being. Recently, clinical studies have come out confirming the potential benefits of black cumin.

‌‌Can Black Seed Oil be beneficial for the immune system?

Black cumin has many beneficial properties for the body and the human immune system. Black cumin appears to have a number of direct and indirect effects, including:

The immune system operates on very complex mechanisms. It consists of many components, from white blood cells that absorb harmful microorganisms to antibodies that make it easier to kill intruders.

Natural killer cells (NK cells) are part of the body’s immune response to attack unusual and infected cells. Human studies suggest that black cumin can significantly enhance the activity of NK cells. In addition, in numerous in vitro (cell culture) and animal studies, black cumin has demonstrated a stimulating and regulatory effect on antibody production and leukocyte activity.

Inflammation occurs in almost all chronic diseases. In human studies, black seed has shown potential benefits for a variety of inflammatory conditions, including allergies, asthma, and joint pain. Apparently, at least in part, this effect is due to its anti-inflammatory properties.

Hay fever patients showed improvement in symptoms after two weeks of taking black seed oil. The study authors concluded that black cumin may be an effective drug. Recently, a meta-analysis of all published clinical studies on the use of black cumin was carried out. The results show that black cumin may reduce asthma symptoms (most likely due to its anti-inflammatory properties). Two separate studies have shown that topical application of black seed oil for osteoarthritis can reduce knee discomfort caused by severe stress. Studies in human cartilage also show significant beneficial effects. A recent review of the use of black seed for rheumatoid arthritis confirmed the clinical improvements in all five published studies.

Black cumin also demonstrated the ability to suppress the activity of viruses, bacteria, fungus and parasites.

In a study of patients with hepatitis C, black seed more than halved viral load and improved clinical outcomes. The need for further research is obvious, but nevertheless, we note one case of the use of black cumin in the case of the human immunodeficiency virus (HIV). In it, it was possible to achieve the complete disappearance of the detected elements of the virus from the patient’s blood, and the patient’s condition remained stable for years after the end of treatment.

Helicobacter pylori is a bacteria that causes most stomach ulcers. Alas, they are very difficult to treat. The effectiveness of the standard approach to treatment, which includes the joint administration of three or four drugs, reaches only 80%. In a human study, black cumin and omeprazole (a stomach acid blocker) achieved results comparable to standard three-drug therapy, with 67% of patients clearing the infection. Research on the use of black cumin and honey also showed considerable effectiveness – bacteria were not observed in 57% of patients.

Despite the small number of targeted clinical trials, many studies note that yeast imbalance and other fungal organisms can cause skin infections. The current level of available data requires more research on the efficacy of black cumin when applied topically for the treatment of fungal diseases.

Research data suggests that black cumin can inhibit the activity of schistosomes (a species of fluke). In a study in mice, black cumin showed better results in fighting plasmodia than a standard antiparasitic agent. More research is needed to fully understand the benefits of black cumin for humans. However, the data available today suggest that it may be effective against certain parasitic infections.

Black cumin is used in a variety of forms, each of which has demonstrated potential benefits to the body. The FDA considers black seed to be “generally safe” for use in food preparation. It can be purchased as a supplement. Some studies have used ground seeds and extracts, although the most common form of black cumin is oil, which is applied topically or orally. Each product can have a different effect, as they differ in the content of the active ingredients of the plant. More research is needed to determine which forms will be optimal for a given condition.

Despite the need for further research, the existing data are encouraging, even for some difficult-to-treat diseases.

Itching that doesn’t stop? Understand the reasons and...

Kennel cough: what are the causes?

What is passionflower and how can it help...

When to take the pet to the ophthalmologist?