Dog What is leishmaniasis in dogs?

Leishmaniasis is a potentially serious and even fatal disease caused by a parasite called Leishmania Infantum. Its incidence has been increasing in recent years.

Contents hide
1 How do dogs get infected?
2 What are the symptoms of the illness ?
3 How can I protect my dog?

How do dogs get infected? 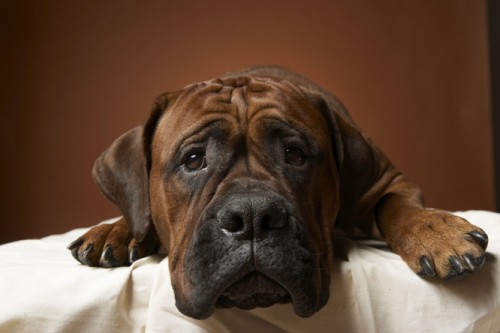 Dogs contract Leishmaniasis from the bite of small flying insects called sandflies. They look like small midges about 2-3 millimeters, very hairy and very silent. These insects need heat and humidity and are therefore active in tropical areas, as well as in temperate areas during the hot months. This is why the regions “at risk” for Leishmaniasis are the Mediterranean basin and southern Europe (Portugal, Spain, Italy, Greece…), more particularly between July and September. Due to a gradual northward extension in recent years, the whole of the south of France is concerned. This extension could be due, among other things, to climate change.

Sandflies breed in moist places such as feces, manure piles or animal burrows. They are not very good at flying and generally stay close to their homes. 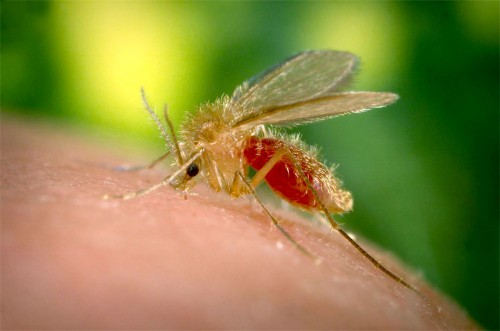 In sandflies, only the female bites. During the day, she lurks in dark, damp corners. It is active at night and at dusk. Dogs who spend the night outside are therefore particularly at risk, and can be bitten several hundred times during the night. The bites mainly concern the little hairy areas such as the ears, the eyelids or the muzzle.

By biting, the sandfly inoculates Leishmanias in the dermis of the dog, which will disseminate throughout the body and go to localize in the tissues within cells called macrophages.

Once infected, the dog can infect other sandflies, which will in turn spread the parasite. You should know that humans can also catch this disease if they are bitten by a contaminated sandfly. Children and immunocompromised people are the most susceptible. It is a disease of great concern in the tropics. In France, transmission from dogs to humans in the absence of a vector remains quite exceptional, but it should be borne in mind that the dog can be a reservoir for Leishmania.

What are the symptoms of the illness ?

When a dog is infected with Leishmaniasis, two scenarios are possible:

-He may remain an asymptomatic carrier, that is, he is infected, but shows no symptoms. This is what happens in most cases. However, these asymptomatic carrier dogs still represent a reservoir for Leishmanias, and therefore a source of infection. The disease can sometimes remain silent for the life of the dog, but it is likely to reappear at any time, thanks to stress or a decline in immunity, such as with any health problem.

-Or, he can express symptoms that are sometimes severe.

Age plays a role in the expression of the disease: a peak is observed in young dogs under 3 years old, and a second peak in dogs over 8 years old.

In addition, some dogs are more resistant to the disease, while others are more susceptible. Genetics would probably have something to do with it. It would also explain why some breeds like the German Shepherd, Boxer and Rottweiler express the disease more often, and that others like the Ibizan appear resistant.

When the disease is expressed, it affects the whole organism, and the symptoms can be very varied. After an incubation phase which can last from three months to several years, the dog is often in poor general condition, emaciated and lethargic. One can have the impression that he took “a blow of old”. A fever is possibly present.

Classically, we can observe skin lesions without itching (hair removal, dandruff, nodules, etc.) and swelling of the nodes. Chronic kidney disease is often present, which is why infected dogs can drink and urinate a lot. Other common symptoms are joint swelling which can cause lameness, diarrhea and vomiting, nosebleeds, and sometimes damage to the eye and surrounding tissue (red, watery eye). , inflammation of the eyelids, etc.). In some dogs, we can also observe an abnormally rapid growth of the claws: this is called onychogriffosis. 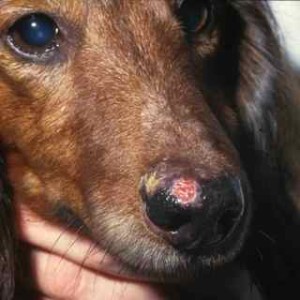 Leishmaniasis is a chronic disease, which slowly progresses to the death of the dog.

Faced with such a variety of symptoms, diagnosis is often difficult without resorting to additional examinations. A blood test or a urine test can help the veterinarian to refine his diagnosis, for example by highlighting anemia or kidney damage. There are also specific tests that can be performed from blood samples, bone marrow or lymph node puncture or a skin biopsy. The veterinarian will then offer you the most relevant diagnostic test according to your dog’s situation.

Several specific treatments exist. The most widely used is a combination of two molecules (meglumine antimonate and allopurinol) which seems to bring satisfactory remission of symptoms after a few weeks, with generally limited side effects. Rather long, it must be rigorously followed for several months at least, even several years and even sometimes throughout the life of the dog. This can therefore represent a fairly substantial budget. Meglumine antimonate usually comes in an injectable form, and allopurinol is taken orally. 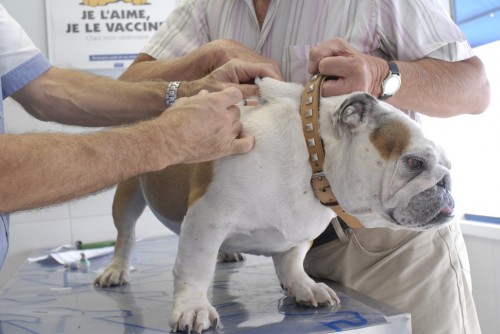 The treatment does not allow the dog to get rid of Leishmanias for good. Its effectiveness varies and depends a lot on the dog itself and the progress of the disease. In all cases, it can help to attenuate and eliminate the symptoms for a longer or shorter period, or even permanently, but the dog remains a carrier of the parasites. As a result, relapses are frequent within a year of stopping treatment. It is therefore important to carry out regular veterinary follow-up throughout the dog’s life.

To this specific treatment can be added, if necessary, a symptomatic treatment adapted to the dog’s symptoms (eye drops, infusions, etc.)

The treatment is therefore long and difficult, relapses are frequent and the prognosis always reserved, especially since the often present kidney damage can be irreversible. Thus, the old adage “prevention is better than cure” is particularly well suited to the case of Leishmaniasis.

How can I protect my dog?

The best way to protect your dog against Leishmaniasis is to protect him against its vector: sand flies. So, if you have to take it with you to a risky area, try as much as possible to keep it indoors in the evening and at night, when the insects are active.

Attracted by the light, sandflies can also try to enter houses at night. This is why the use of repellents is very useful. They can be applied in your home (sprays around doors and windows, fine mesh screens soaked in insecticide) and directly on the dog in the form of pipettes, sprays or collars. The collars must be placed at least 1 week before departure, and have a duration of action of several months. Pipettes and spray act faster (almost immediately for sprays) but offer shorter protection. Your veterinarian will be able to advise you on this subject.

These preventive measures may be sufficient if you travel on an ad hoc basis and for a relatively short period of time.

On the other hand, if your dog regularly makes prolonged stays in high-risk areas, or if you live there year-round, a vaccine has been available for a few years to reduce the risk of developing symptoms in the event of an infection. It can be performed from the age of 6 months on dogs that are not yet infected, which must be checked beforehand. The general vaccination schedule includes three injections of primary vaccination followed by annual boosters. Of course, the vaccine must be carried out in addition to the previous measures because it only partially protects against the disease. It is particularly important for people living in areas at risk of Leishmaniasis to be very diligent in their dog’s insecticide treatments. Whether or not to vaccinate your dog can be discussed with your veterinarian.

The Bichon Maltais dog: Know everything about him!