Popular
Dog The 8 dangers of the garden for...
Dog Semi-choke collar: For or Against? Make good...
https://ru.iherb.com/blog/fiber-skin-digestion-benefits/1247
Dog Holidays with their dog: 87% of owners...
DIY cat: 5 homemade cat food recipes this...
Dog Dancing Dog: how to dance well with...
Itching that doesn’t stop? Understand the reasons and...
Dog Parvovirus in Dogs: Causes, Symptoms and Treatment
Dog Coaching Sporting Dog: How to feed it...
Dog SOS Pet Sitter: Interview with a professional...
Tips 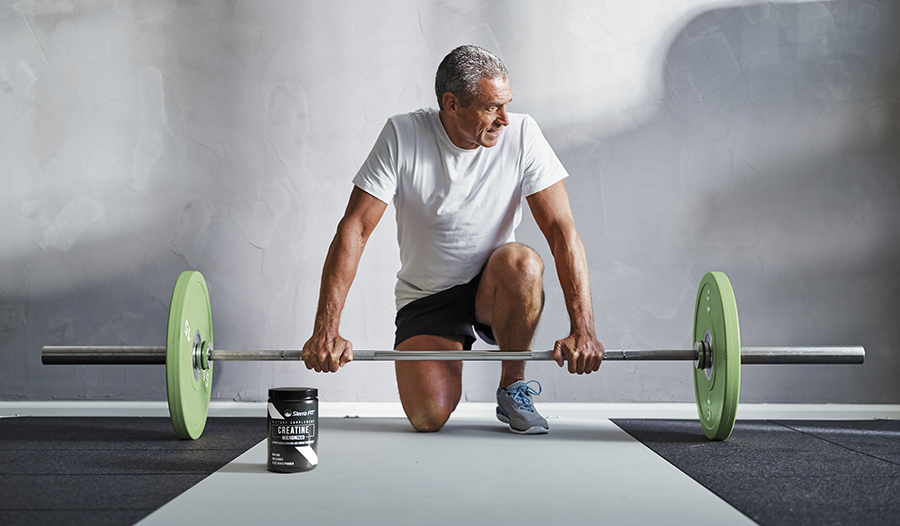 Creatine Is a dietary supplement commonly taken by athletes and bodybuilders during high-intensity exercise to build strength, prevent fatigue, and improve recovery. Although creatine has been studied in numerous studies as a sports nutrition supplement, there are still many misconceptions about it. So let’s debunk some of the most common myths about this popular supplement.

In fact, the chemical structure of creatine has nothing to do with the structure of the steroid molecule. Creatine is a compound derived from amino acids… It occurs naturally in your body and foods (such as meat and fish). Approximately 95% of the creatine in the body is found in the muscles. The remaining 5% is found in the brain, liver and kidneys.

The function of creatine is to supply energy to your cells, especially muscle cells. Adenosine triphosphate (ATP) is a molecule your body uses primarily for energy. Creatine helps increase the production of ATP in the body. Thanks to this, it can improve the efficiency of training.

‌‌‌‌Myth: Creatine Can Be Used To Increase Muscle Mass Without Training

Studies have shown that people with muscular dystrophy get stronger after taking creatine, even if they don’t exercise. However, healthy people need to combine creatine supplementation with strength training for the effects of creatine to take effect.

‌‌‌‌Myth: Creatine should be taken before long distance runs to run faster

The weight gain that occurs early in creatine supplementation is not due to fat accumulation, but to an increase in muscle water content. The creatine molecule strongly attracts water, dragging it with it into the muscles.

In the long term, the weight of people taking creatine, can grow continuously. However, this is usually due to muscle gain rather than an increase in body fat.

Many bodybuilders who use creatine believe that because of it the body retains more water and creatine reshapes the muscles, making them softer. Therefore, they stop taking creatine a few weeks before the start of the competition.

However, as mentioned above, most of the creatine is deposited in the muscles. Therefore, it is difficult to explain how it can cause water accumulation under the skin. It is likely that the “soft” appearance due to subcutaneous water is not caused by creatine per se, but by its low-quality varieties, which supply your body with excess sodium.

Because creatine attracts water and is stored in the muscles, many speculate that creatine significantly increases the body’s need for water and creates the preconditions for dehydration and seizures. However, no studies have shown creatine to cause seizures or dehydration. On the contrary, there is some evidence that creatine may help reduce the risk of their occurrence.

According to a study published in the British Journal of Sports Medicine, creatine supplementation leads to improved athletic performance in warm weather by maintaining body temperature by reducing heart rate and sweating. Another study, which involved college athletes, found that creatine users were less likely to experience cramps, dehydration, or muscle injury than people who didn’t.

For exercise safety and effectiveness, you need to drink water regularly, but not in excessive amounts.

‌‌‌‌ Myth: After you stop taking creatine, you will lose accumulated muscle mass

It is possible that your muscle size will decrease after you stop taking creatine. However, as long as you continue to adhere to all other aspects of your regimen, including adequate nutrition and strength training, you will be able to maintain strength and lean muscle mass.

‌‌‌‌Myth: There is no need to take creatine as a supplement as it is found in food

Though creatine does occur naturally in some foods, you will need to consume unreasonably large amounts of these foods to get the same benefits as a medium creatine supplement.

‌‌‌‌Myth: You need to use a new form of creatine because it’s better than creatine monohydrate

‌‌‌‌Myth: Creatine monohydrate is only absorbed well with sugar

Your muscle tissue is capable of absorbing pure creatine quite efficiently. Insulin can increase muscle absorption of creatine. But this requires a very high concentration of insulin.

Only a high enough dose of sugar (over 100 grams) or simple carbohydrates can actually affect creatine absorption, but it won’t benefit your health and prevent you from reaching your sport goals.

‌‌‌‌Myth: Creatine Is Only Good For Male Athletes

‌‌‌‌Myth: at the initial “loading” stage of the use of creatine, you need to take very large doses

The most common “loading procedure” is taking a daily dose of 0.3 grams per kilogram of body weight for 5-7 days. Then you need to take no more than five grams per day. However, one study found that taking as little as three grams of creatine per day for four weeks can help you achieve results comparable to loading.

‌‌‌‌Myth: creatine should be taken cyclically

Experts initially recommended taking creatine for 2-3 months and then stopping it. This cycle has been recommended due to the lack of precise data on the safety of creatine. However, now, after numerous studies, creatine is no longer a cause for concern.

Potential benefits of black seed oil for the immune system

Itching that doesn’t stop? Understand the reasons and...

Kennel cough: what are the causes?

What is passionflower and how can it help...

When to take the pet to the ophthalmologist?