Popular
Benefits of Brewer’s Yeast for Dogs and Cats
Dog Otitis in dogs: how to treat it...
Dog What diseases are transmitted by ticks?
Dog How does a caesarean go in a...
Know how to take care of your pet’s...
Dog How to transport a dog in a...
Dog Incredible talented interview with Emma and Joy
The Bichon Maltais dog: Know everything about him!
Dog What is leishmaniasis in dogs?
Animals in La Fontaine’s Fables
Tips 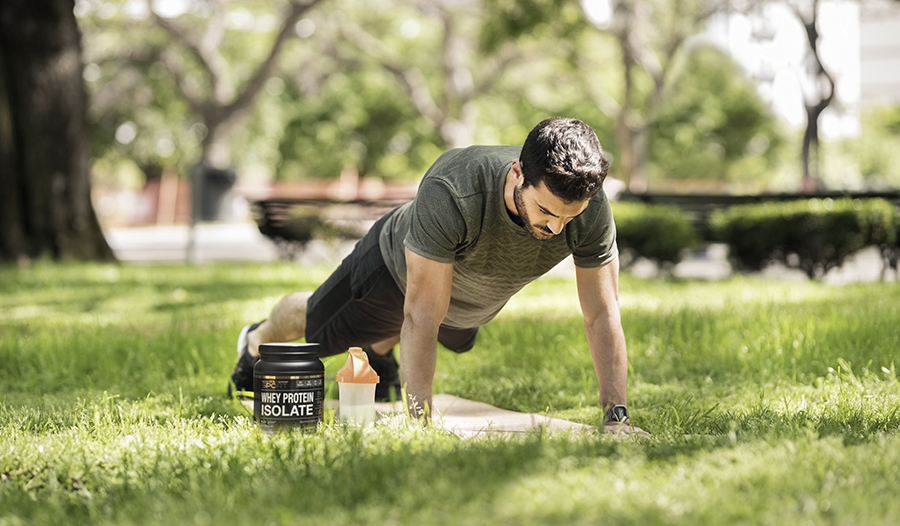 New Year has just come into its ownand you may be thinking about developing new healthy habits to improve your health and quality of life.

The start of the year is often a milestone for people trying to make a difference in their lives in ways that are likely to get them out of their comfort zone and overcoming difficulties. Such attempts to start a new life often involve exercise or nutritious food, but their value is limited by the person’s will to continue doing it. Too often we set ourselves vague high “goals” without really thinking about how difficult it is to develop the habits necessary to achieve those goals.

For example, a person says, “I will start going to the gym five days a week and go on a new diet.” Such an aspiration is wonderful, but it is not so difficult to guess what happens to most of those who press the pedal to the floor in a month. They are throwing.

In this article, we’ll discuss what habits really are, set up a system for reinforcing good habits in a more realistic way, and highlight some great habits that are really worth trying to reinforce.

It may be hard to believe, but there is no single correct definition of habit. Various studies have given the word “habit” different shades of meaning, depending on how you intend to work with the concept.

As a coach, I like this definition: “Habit is the process by which a stimulus generates an impulse to action, caused by a learned stimulus-response association.” Basically, this means that people’s fixated habits are just a product of learned cue chains, and this option works perfectly in the field of fitness and healthy eating. It can also be incredibly helpful in separating the new habits that a person is trying to reinforce from everyday life.

How? A person’s behavior is often greatly influenced by mood and its ups and downs – because of this, when habits are fixed and subconsciously associated with certain behaviors, there is a possibility of developing an unhealthy attitude towards new habits, which can potentially lead to the formation of negative behavior patterns.

For example, if, when trying to reinforce a habit of going to the gym or eating a slightly healthier diet, a person does it only when he feels happy and motivated, he may form an association of these new habits with precisely this behavior and sense of self. This should be avoided by separating behavior and habits, because day after day does not have to – new habits should not depend on too many conditions.

As for the process of fixing new habits itself, it is somewhat more complicated, since it cannot be reduced to a simple “start doing something new”. When creating new habits, you need to maintain an objective attitude towards your reaction to various signals and select options that will work for you.

According to research findings, in the context of health, habitual behavior can often be divided into three categories.

It can be seen that each of these categories includes the habitual beginning of some action, which should lead to the desired result. This is why it is so important to create a signal chain to follow realistic habits based on achievable goals.

As you continue to read this article, try to think about what habits you would like to form in the new year, and then use the system we are discussing to organize signals that work for you personally. It should be understood that habits are fixed differently for each person, but signals work in a similar way.

‌‌‌‌How to Form a New Habit

New fitness habits can be very different, which is why it is so important to highlight the specific elements that matter – and think realistically about what you want to achieve.

All of these goals are great and can help you start a new fitness habit, but they don’t really help pave the way for achieving them or form a realistic basis for the desired habits.

Let’s take a look at one of the examples above to understand how new fitness habits should be formed.

To keep things simple, let’s say you want to start hitting the gym at least three times a week and last through 2021. This is a serious goal if you never went there before, especially when you consider that in order to fulfill it, you need to dramatically increase the number of classes from 0 to 152. Such a number will make anyone dizzy, especially if there is no plan.

Instead of trying to grasp the immensity, divide the goal into three segments. Set a high, medium, and low goal that will help you gently adjust to new habits while generating cues to maintain stable habits.

Such a scheme can help you to get involved in the training process more easily and more organized. And if you liked it so much in the first months that such a calendar became completely unnecessary, this is also absolutely normal! The essence of the method is to change your habits gently and without overdoing it, and only then accelerate to full speed.

Once you’ve charted the various goals, it’s time to add signals to help you stick to them. For example, you can try signals like this:

Cat Which wet cat food to choose? The HFG concept

Benefits of Brewer’s Yeast for Dogs and Cats

Know how to take care of your pet’s...

Seven Anti-Inflammatory Foods and Supplements You Should Know...

Licking: how to resolve the compulsion?

Why is it important to perform routine check-up...