Popular
Why are beagles bad?
Do rat terriers bark alot?
How big do miniature labs get?
Is Arm and Hammer toothpaste too abrasive?
Is Rottweiler a Mastiff?
What are the coolest dog names?
How long do Maine Coon cats live?
Which Poodle mix is best?
What are cool dark names?
How much do border Aussies cost?
News

Riley was adopted from a shelter in a city in California, United States, shortly after her former family decided that she no longer wanted to be with her. Her new mother was looking for a pet after she lost her other dog, and was thrilled when sweet Riley appeared.

From the beginning, Riley was always the sweetest dog and loved to make friends with every new person she met, but her mother had no idea how popular the dog would become.

Riley has already become a tourist spot in the neighborhood. Since she was little, she has the habit of making friends with pedestrians who pass her street. She is perched on the wall of her house and throws some of her toys on the sidewalk for people to return.

This good wall-doggo dropped his ballo but fear not I returned it to him and thanked him for his service pic.twitter.com/ybsVME5xCp

The most curious of all this story is that the furry became famous, and it is possible to find several pictures of people with her on social networks.

“It’s like paparazzi,” said Wendy Walden, Riley’s mother. “People stop their cars and go out to film and take selfies. They take lots of pictures and she loves it. They used to film a series right next door and Riley was noticed right away. I think she took pictures with most of the team and even the protagonist. ”

“She gives you a hug and when you try to leave, she pulls your arm harder and doesn’t let go,” said Walden. 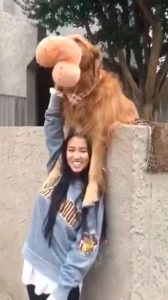 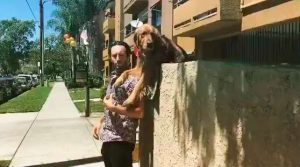 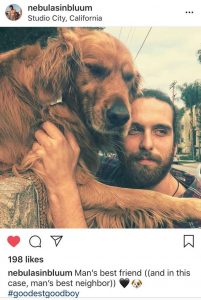 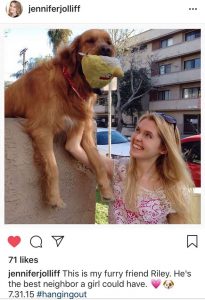 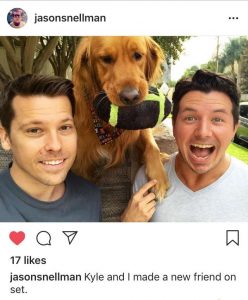 Wendy and the whole family are delighted that everyone loves Riley as much as they do, and they love to see and hear the stories about how Riley made people’s days better.

For Riley, it is just who she is: she is an incredibly friendly, social dog who loves to hug and pose for photos. Is not it the cutest thing?