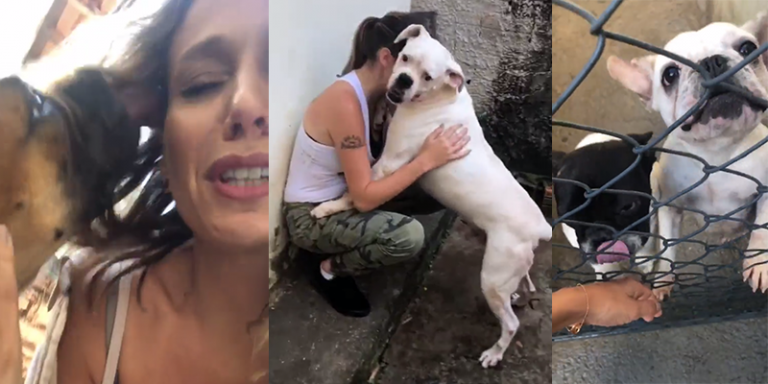 Contents hide
1 Activist and veterinarian at her Institute are thrilled to have to leave the place without the animals
2 Check out the video:

On the morning of this Wednesday, December 5, activist Luisa Mell was going to carry out one more of her rescues to save animals that suffer abuse.

Last night, after investigating the case of the dog that was killed in a Carrefour store, Luisa had already warned her followers that she would cover a complaint the next day when the images were horrible.

She arrived at the scene with the police and was impressed with what she found there. However, due to lack of evidence, she and her team had to leave the place without the animals exploited for breeding, which made everyone emotional.

Unfortunately, raising animals in precarious situations and with no quality of life is not a crime. The team was unable to locate the injured animal released by an anonymous report.

We were rooting for the Luisa Mell Institute to get more evidence and come back to rescue these exploited dogs.