Popular
Why are beagles bad?
Do rat terriers bark alot?
How big do miniature labs get?
Is Arm and Hammer toothpaste too abrasive?
Is Rottweiler a Mastiff?
What are the coolest dog names?
How long do Maine Coon cats live?
Which Poodle mix is best?
What are cool dark names?
How much do border Aussies cost?
News 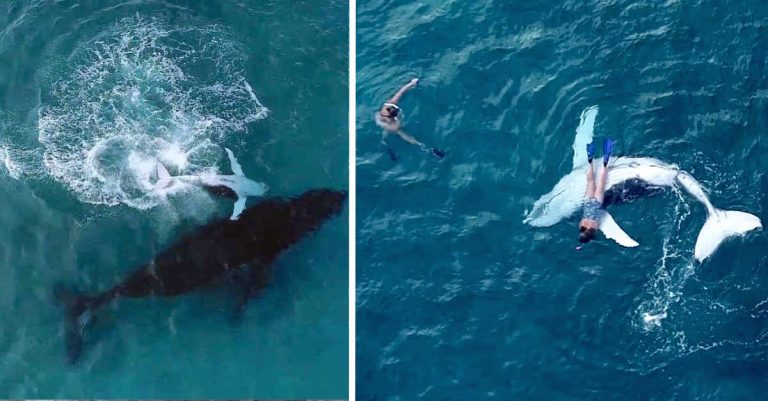 Contents hide
1 This is an incredible footage, for sure
2 Check out:

This is an incredible footage, for sure

In October 2018, an Australian photographer named Eamon Porter was commanding his drone off the coast of French Polynesia. Eamon filmed a humpback whale mother and her baby, who appeared to be only a few weeks old.

While his mother slept, the curious cub spotted a pair of divers nearby, but decided to keep a safe distance between them. However, the first chance he got, he decided to run away and play with the humans.

He started to swim closer and closer to the divers to get a better look. Then he got so close that he turned upside down and caught one of the divers with his fin and let him swim in his belly.

Thank God, the meeting was peaceful and without problems. Things could take a fatal turn if the diver was hit by the baby’s tail.

For a few brief moments, the whale and the diver experienced an unbelievable connection. Then the baby swam to return to his mother who was still dozing.